Let’s talk about chatGPT, the conversational tool owned by OpenAI, which has stated its mission is to develop artificial intelligence for the benefit of all of humanity.

If you have not been on social media, chatGPT is a tool that launched on November 30, 2022, that has been trained to communicate very much like a human would, in real-time.

Naturally, we decided to immediately test chatGPT on turnfitter’s machines and began to run comprehensive tests to see how it can benefit fitness businesses.

What we found out was very interesting.

So, as we know people do not like talking to a machine. OpenAI knew this, so they made sure to train chatGPT to sound like a human would speak (minus all the hate that is thrown around the internet).

Initially, we found it fun and engaging. Here’s an example or two about when we asked a couple of common questions for gyms. 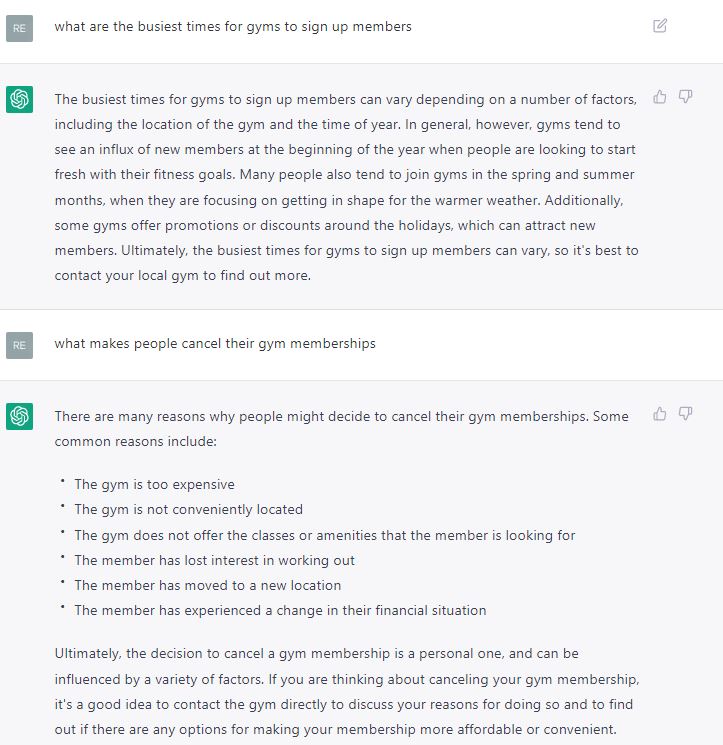 Nothing too out of line here, but an interesting start.

But when we dug deeper and asked multiple questions (in various formats), the answers we got became very generic. 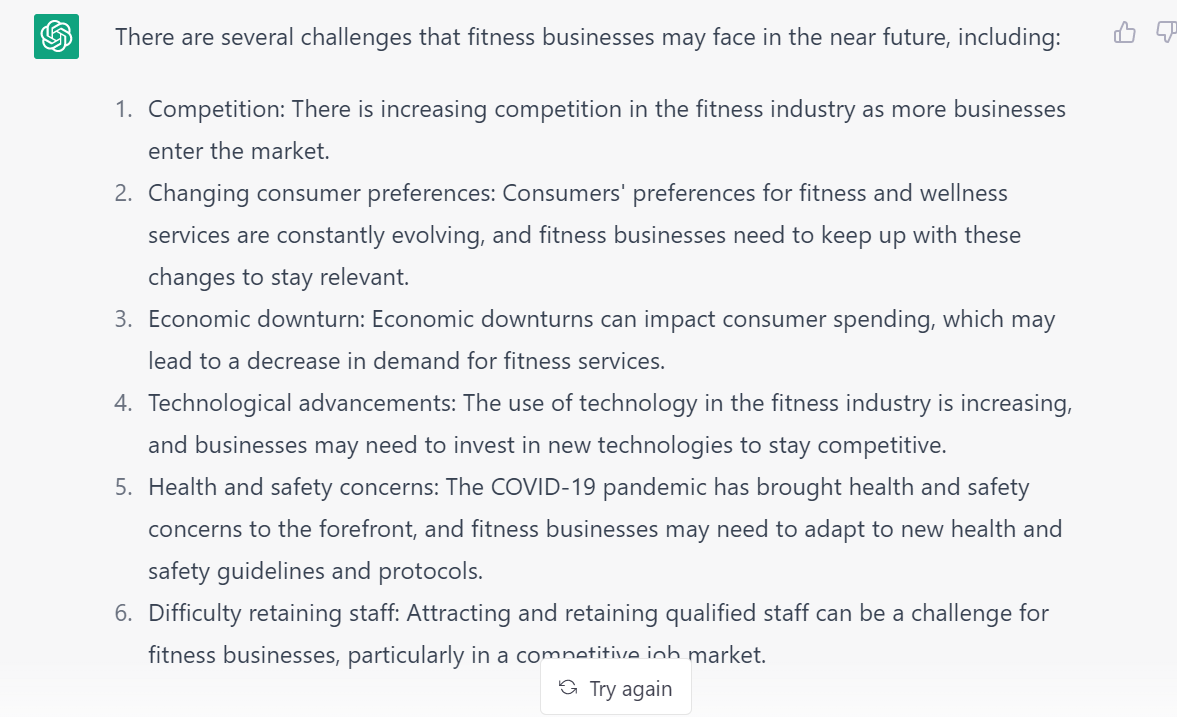 It’s fair to say that the points listed in the highlighted example can be said for most businesses. From all our testing, it’s fun to begin playing with but is it a tool that’s going to replace personal trainers? The answer is a strong NO.

ChatGPT is what’s known as a  “Large Language Model” (LLM), which means it’s basically trained on the entire internet. By following this model the answers are bound to throw out a consensus of what most people believe and easily accessible content.

We’re going to keep testing the field and report on improvements but be careful when using AI in your marketing and building out programs.

Note: If you have not used chatGPT and want to then go to OpenAI.com and create an account – it’s free, for now.

Join the leading fitness businesses that are comitted to growing their business. FREE (no credit card required)